Victoria and Nicholas have felt the fury of life’s storms, twice!

Read the story in the owner’s words here…

Victoria and Nicholas, two American bald eagles, have a story of hope in the midst of life’s storms, literally! These two eagles, whose nest has been in our family’s back pasture for over 17 years, have felt the fury of life’s storms, twice!

The first storm was Hurricane Irma, a Category 5 storm with winds topping 185 mph in some areas, which left a wake of destruction in its path. Homes were destroyed by the hundreds and millions were left without power. Nicholas and Victoria also felt the wrath of Irma as the storm toppled both their nest and the tree that was home. The storm destroyed their dwelling, but not their strength of heart.

When the nest toppled, they had a choice to make whether they would stay close or choose another location in which to build. We were overjoyed when we discovered they had started rebuilding in the tree next to their old nest, immediately! Their tenacity was a sight to behold and before the season was over, their new home was rebuilt and well established. We were so encouraged with their perseverance that we put up two LIVE nest cameras (during off season) to share their story with others. What a story it has been!

Fast forward to Friday, December 21, 2018, when an unnamed storm, unexpected and unseasonable, blew through our area with pounding rain and ferocious winds. Sadly, just a year and a half later, their nest was blown to the ground in pieces again.

I remember driving to our back pasture where I saw the fallen nest laying on the ground in pieces, and being devastated by what I saw. We had installed the cams to capture their majesty and continuing story. While pondering all of this and wondering again if they would relocate, a verse from the Bible dropped into my heart,

“In that day I will restore…
I will repair its broken places
Restore its ruins,
And build it as it used to be”
Amos 9:11


It’s like God was saying they would rebuild and it would be even better! That same day they made the choice and began rebuilding! But, even in the midst of their rebuilding, intruders came to drive them away. However, they stood their ground and fought for their place and rebuilt!

In the same way, storms come and sometimes all hope seems lost. Your own “nest” of life circumstances may lay broken and in pieces at your feet and you may be feeling the devastation. But, like with this verse in Amos, God promises to rebuild from the ruins, we only need to ask for His help. Just call upon His name and His rebuilding will begin in your life!

The cameras keep rolling and the adventures of Nic and Vic continue as their story unfolds.

This pair of eagles has been an inspiration to us all. Two eagles, two storms and two choices – their tenacity and courage have given us great hope in the midst of our own storms. Many folks have lost so much in these recent months to fire, hurricanes, sickness and tragedy. It is our prayer that the God-given instinct of Nicholas and Victoria to rebuild would encourage us all. We can’t determine when the storm will hit, but we can choose to rebuild! Nicholas and Victoria have shown us how!

How can I tell Victoria & Nicholas apart? 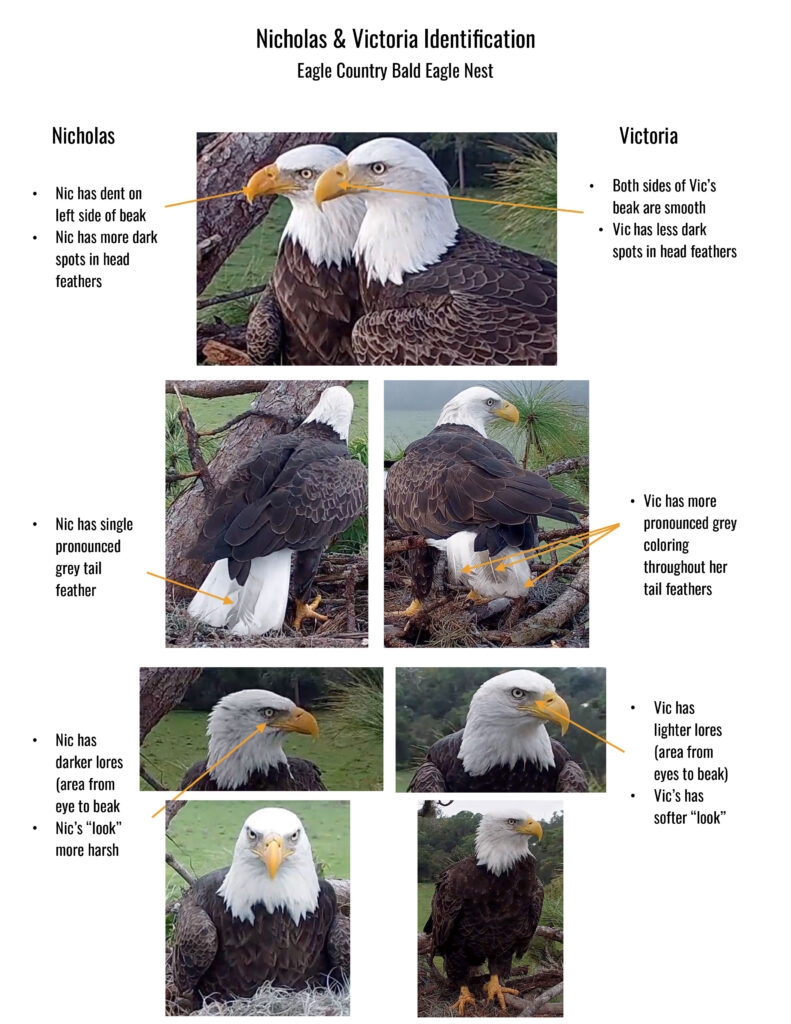 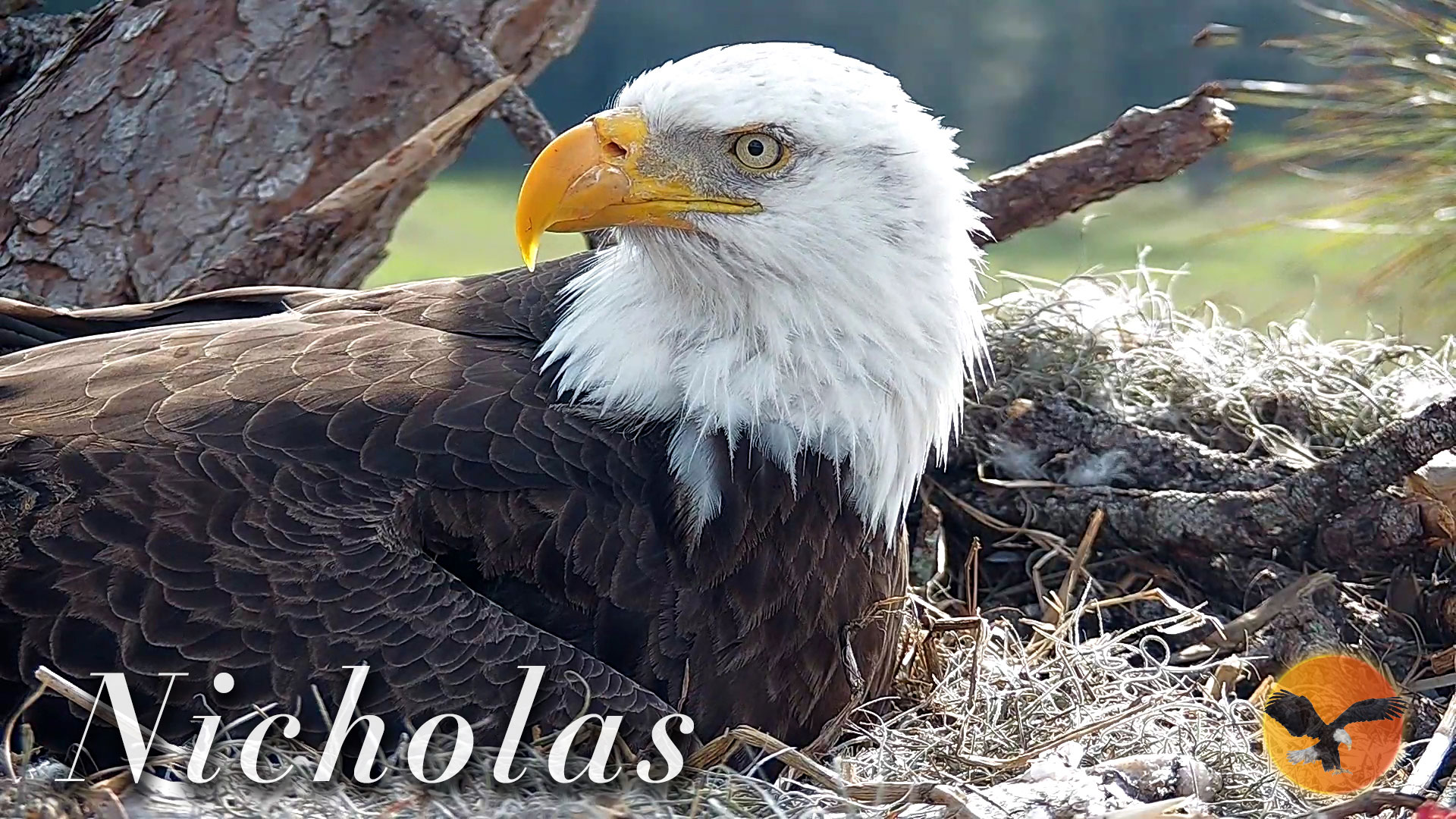 Find a variety of gear from t-shirts to mousepads! Support Victoria & Nicholas and help spread the word of Eagle Country!